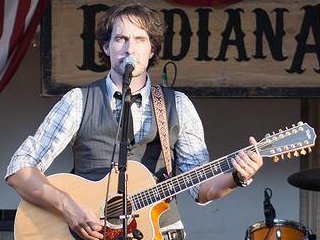 Think I'll play old-timer for a while ... you know, just 'cause I'm in that mood.  I get asked a lot about what happened to the local music scene, with clubs continuing to dwindle, attendance down, beer sales sinking.  I've offered up a number of theories about how to get people coming back to the venues, but the fact is, it simply isn't what it used to be.  It's not that the talent isn't as good, or the venues have become cheapskates (I heard the same gripes and complaints back then that I do now).  The real difference is that everything else changed.  I remember back in that magical time when I was in college.  The Internet was only for nerds.  On-line dating didn't exist.  Cell phones were still a few years away.  Playing your friend in a video game generally meant plopping a quarter into a machine at an arcade somewhere.  Basically, if you wanted to find your friends or meet cute girls, you went to a club ... preferably one where there was a hot new band playing.  (Also remember the only other way to hear music was to go to the store and buy a CD.) As such, there were tons of venues back then, and an equal number of good bands playing them.  Seriously, this was just about all there was to do -- unless you were a big fan of Designing Women, or that stuipid sitcom with the people in the Dinosaur costumes.  I only mention this now, because I know this week's guest, at least, is well aware of what I'm talking about.  He was in one of those bands I used to go see a lot back then.

These days, Jason Brown has broadened his horizons, strengthened his craft, and grown up a bit with his own music.  His current EP, Songs Sung True, features some top players from the scene and contains six tracks that show his diversity and sophistication -- from the story-telling Icarus to the introspective Sanctuary to bluesy rockers with a touch of commentary like Loaded Gun and everywhere in between.  With a new backing band in the works, and more songs in the vault, I'm really looking forward to see what Jason puts together for 2015.