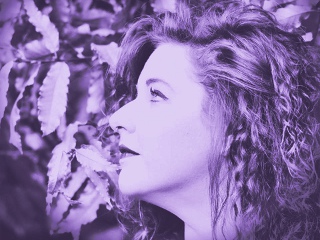 Not sure what it is about winters, but it seems like the local music scene appears to go into hibernation between October and February around here, at least as far as the bigger, more popular acts go.  Normally, I would use this time to take a nice holiday break, maybe catch up on some old editing of live shows, network with bands and arrange some guests for Spring.  With any luck, I get a chance to hit a few coffee shops (perfect with the cold weather) and hunt down some new singer/songwriter talent, those guys seem to work all year 'round.  This year, however, it seems there are fewer and fewer new entrants into that circle.  Maybe I met all off them courtesy of the myriad Shine series from the last couple of years, I really don't know.  Complicating this is the fact that the rapid loss of live music venues that has plagued us for the last three years has now has extended to the coffee houses with many, such as Hearthstone, closing due to extensive competition, and others simply giving up on live music altogether to avoid the increasing presence of ASCAP fees and fines every time a performer slips in the occasional cover tune during their set of originals.

One new find for me this year has been Ms. Emily Myren, an up-and-coming, very in demand player who has given us no shortage of opportunities to see her perform in the second half of 2014.  Bringing a new style and voice to the singer/songwriter scene, Emily has quickly become an in-demand favorite at most of our usual haunts, from the Shine series to Sabbatical to the newly added front room at the Alley Cat to a stellar appearance in the final round of Birdy's One Guitar competition.  Now for the first time we get her on Indy In-Tune to play a few tracks from her new CD, Found, and to give us the story behind the songs and the songwriter.