Listening Party 01: The Grinning Man -- Watch Where You Point That Thing 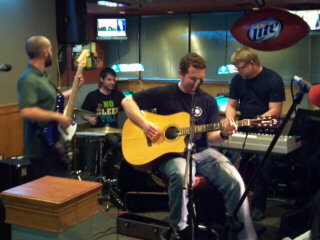 Here is a bit of an experiment I've always wanted to try:  A CD listening party live on the air.  It's a bit of a different animal from a podcast in that it would be focused mostly on music, and less about the interview, there would be no opportunity to edit, and it would be in a strict one-hour timebox instead of the usual practice of recording 75-90 minutes and taking the best 60 as a show.

So that is what you are getting with this download, with the exception of the last few seconds (which were clipped together from the initial signoff and then a second signoff 30 minutes later), this represent the original listening party exactly as it aired on July 10, 2013, wherein we debuted the The Grinning Man's latest release, "Whatch Where You Point That Thing," in its entirety.