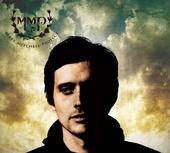 The Matt Mitchell Project was started on a cold December day in 2007, when Travis Kold Kut Moore talked Matt Mitchell into grabbing his guitar and accompanying him on a trip to Azmyth recording studio. After a brief tour of the studio, Travis and Matt began to discuss their musical influences and backgrounds. Travis was a fan to the hip hop and rap scene while Matt was more into the British guitar band sound and older music. Travis and Matt decided it would be fun to combine their influences and try to create a sound that had not yet been heard by human ears. For their sound they combined hip hop beats, keyboards, strumming guitars, and heartfelt vocals. This musical creativity formed what is known as the Matt Mitchell Project.

Azmyth owner Ryan Adkins found Travis and Matt taking part in something that he couldn't let pass him by. He decided to get in on the hot sounds and play bass for the group thus making the duo now a trio. Ryan's golden ear and rolling bass line was an excellent addition to the group. They continued to create new sounds and songs for what is to be their first self-titled studio album. Along the way there have been more songs created and two new members have been added. Stephen West was added to play lead guitar and Micah Beckwith on drums to make the Matt Mitchell Project a full band that it is today.

Back by popular demand for a limited time only, "I support local music ... and yes, that does make me better than you." Show the world that you, too, are a proud elitist music snob! Get yours before time runs out...
© 2006 - 2022 | Site design and coding by Darrin Snider | Content by Indy In-Tune and the Credited Artists and Writers | Layout by HTML5 UP