Reality Check: You're the Cheeseburger, Now Shut Up and Play 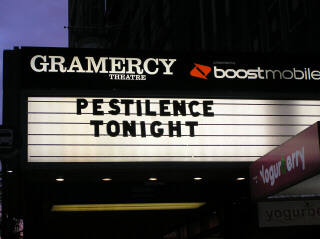 Stop me if you've heard this one before:

A bar owner takes out an ad asking for a band to come play for free and bring about 25 people, maybe it will turn into a full-time gig. Either way, it's excellent publicity for his music. The next week a musician takes out an ad asking for a bar owner to donate some kegs, food, and friends over to his house for a party. Maybe it will turn into a regular thing, but either way it's good exposure for his bar. Yes, it's funny to think about it, and in a perfect world, where musicians were top of the food chain, then it would be great poetic justice. I've heard the rallying cries ad nauseum: We're musicians, we have to buy gear, practice, take lessons, do publicity, write music, arrange music, load heavy amps into our car

Boo  fucking  hoo. Your argument lies in the assumption that musicians are somehow a business on par with the venue. Look, the venue owner more-than-likely went to school for some sort of professional certification, or did a hell of a lot of reading on his own. He probably put up a lot more money for his space than you did for your gear, has a staff to manage, accountants to pay, distributors to order from, rent and utilities to cover, excise to bribe, and unlike your music hobby, if he fails, his business goes under and his family starves, while you have an 8:00AM shift at the Wal-Mart loading dock tomorrow. His job is to sell beer and food. He's not in the music promotion company, he doesn't know if your band is worthy of a $20 million deal at Elektra. He wants new people to come into his bar and spend their money. If his average night is $2000, he's not going to give $500 of that to you unless he's absolutely certain that you and your friends are going to spend at least $501 in his bar. Or let me put it another way:

Venue Owners Are Not Venture Capitalists.

Think about this from their point of view for a minute. If you're getting money up front to play at a venue, then you're not the owner's new partner. You're not his employee. You're not even a hired gun. You're a menu item. It's not a bar owner's job to create a demand for deep fried pickles, it's his job to serve deep friend pickles to people who ask for them, and if nobody asks for them, then he takes them off the menu and goes with green bean fries next week. As a paid band, you've got two jobs: Keep the regulars in their seats while you're playing, and bring new people into the bar  any way you can. If you fail at either of those jobs, you are fired, and there are approximately 3000 other bands in this city who would be happy to give it a shot for less money  and the odds are at least one of them is going to do a better than you.

Your best friend is the venue owner who asks you play for the door, for tips, or (if you're extremely fortunate) for a percentage of the gross. Far from being a cheapskate, this is someone saying, Hey, I really believe in what you're doing. I'd like to open up my space to you, associate my brand with yours (and vice versa), and give you a shot at playing for people. If it's successful, we both benefit; if it isn't then we have options as to whether we continue trying to build something, or we go our separate ways. Either way, there is no risk and no pressure for either of us.

In these instances, education is your friend. Check out the room for a few weeks prior to the night you're playing. Get a feel for what his normal crowd is like so that you can judge your own success. Show up to your gig on time, be professional, be courteous, and be responsive to instructions such as too loud, too quiet, more upbeat stuff, and yes, more covers. Remember, despite what you think, you're the guest. The venue owner knows his crowd and if he's smart, he's watching their reactions to the music a lot closer than you are when you're on stage. At the end of the night, apologize if you didn't draw a crowd, and don't ever blame it on the venue or their lack of promotion. If the owner tries to be a jerk about your lack of a draw, you can tell him that you checked out the last several weeks and you know what his average night is like, odds are you didn't cost him anything. Don't be confrontational, just be informed.

There are two possible outcomes to the free gig. It doesn't work out, so you move on, having had a few new people hear your music. Maybe they're other venue owners, bands, musicians, groupies, or other people that it would be good to know as you build up contacts  it's your job to meet them and get them into your pipeline. Alternatively, you turn it into a regular gig for a little bit of money, in which case you have a new set of problems to worry about, like how are you going to break out and play regionally with both a day job and an evening job now? Either way, unless you're just too busy playing stadiums or recording that album for Warner Brothers, playing an occasional free gig, especially to an entirely new audience, should never be beneath you.