Mix Tape Monday: Back to the Gym Workout 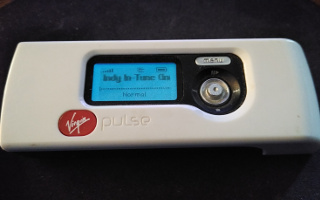 New Year/New You! I only lead with that to piss off that small but vocal segment of readers who absolutely hate New Year's resolutions -- most of the time because they lost bets with me over who could actually keep theirs. Of course, the most popular resolution is the one where we say we're going to lose weight, get in shape, and consequently, start going to the gym. Now, as someone who has had a gym mymbership for almost seventeen years now, but only goes to stave of depression during my unemployed spells, I will concur with my friends on this one. The stupid gym is packed with hyper out-of-shape people in January who spend all of their time hogging the best machines because they don't understand the etiquette of getting up and letting someone else have a chance during the cool-off in between sets. I mean, seriously, do you want a pillow?!

The other problem with these people is that they tend to come in groups, and that means chatty suburban housewives yacking about youth athletics and wine, while knowing very little about either. To them, I dedicate this week's playlist, which (God's Truth) has been on my the Virgin Pulse MP3 player in my gym bag for seventeen years now ...

White Zombie -- More Human than Human Now, originally, I used to work out to the same stuff I listened to during the day. So after 30 minutes of Chick Corea, Yes, and I think it was Floyd at the time, this song comes on. Suddenly I'm pumped and ready to go another half hour. That moment led to the formation of the rest of this playlist.

NIN -- Give Up Back in the Brokeback Mountain days, we had a little contest ... well I mean, if you had to, what dude ... you know, would it be ... ummm ... hypothetically. Thus the phrase "Trentsexual" was coined by me.

Judas Priest -- You've Got Another thing Coming Judas Priest is like a utilitarian metal band. This song is great when you're happy, angry, sad, sitting around, driving around, having sex, working out, doing the dishes, masturbaing, whatever ... it's just a great all-purpose song.

Marilyn Manson -- The Reflecting God I remember seeing Manson on the first show after the Columbine massacre. There were all kinds of protesters out in front of Market Square, and I wondered if he was going to acknowledge it in any way. Pretty much, this was how the show opened for us as well. Pretty cool.

KMFDM -- Apathy There are two types of people, those who have never heard of KMFDM and end up loving them, or those who forgot how much they used to love them. I mean, seriously, why does nobody talk about or play this band anymore. They were like huge for a few years until the "goth chicks" got hold of them and ruined it for everyone.

Pantera -- Cowboys from Hell Now, Walk is also in this list, but I feel it's a bit overplayed and oddly enough not quite as energetic as this one.

Slayer -- Raining Blood Why is everyone so shocked to know that I had a Pantera/Slayer phase in the late 80's/early 90's? I mean, what else was tehre to listen to? Poison and Kiss in neon fishnets had seriously put me off what was, at the time, called metal. Granted I was to discover Jazz a few months after finding Slayer, so I sort of dropped out, but for a while this was my jam.

Rush -- Stick it Out There was a point in the 80's where I wouldn't have believed Rush capable of sitting in a mix of high-energy mostly industrial metal tracks. That phase four era between Counterparts and Vapor Trails was pretty figgin' hardcore (for them) though.

Iron Maiden -- Flight of Icarus I'm starting to wonder if I have any playlists that have either just Judas Priest or Iron Maiden. Seems these guys are inseparable and always travel together in my musical soundtrack.

Soilwork -- Black Star Deceiver I've never been a huge fan of that hardcore, screamy metal stuff -- or more-accurately, I like it, but I get bored with it quickly. Soilwork I always thought had the best balance between screaming, singing, noise, and musicicality. Always get a rush hearing this track in particular.