Mix Tape Monday: Mashin' it Up 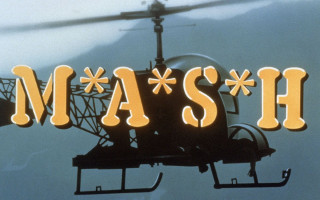 A while back, I was put in charge of the musical selections on a trip back from St. Louis. After scanning through a few of my favorite radio stations, none of whom where doing much interesting at 11PM on a Sunday night, my companion (who was driving) kept asking if I'd heard the new remix of that Imagine Dragons song. Now, I probably should have gotten out of the car right here, but for some reason (possibly because I was 200 miles from home) I actually started looking it up. Now it turns out it wasn't a remix, it was a mashup of Radioactive and Unforgiven my Metallica.

After several miles explaining what a mashup was ... followed by an explanation of what the song Unforgiven by Metallica was ... apparently not a big X103 listener? ... I stumbled upon the rabbit hole that is what I suppose can only be called "the YouTube mashup scene," and spent the next three and a half hours doing deep dives into wide range of stuff that's out there -- some good; some kinda lame; some absolutely brilliant. So for this week's mix tape, I finally got around to presenting what I thought were some of the best.

Earth, Wind & Ozzy -- Crazy Train You don't get very deep into the mashup rabbit hole without coming across DJ Cummerbund, who does some of the most-unlikely, witty, and cognitavely dissonant tracks. Like this one.

Rammstien and Wild Cherry -- Play that Funky Music Rammstein Like, is it me, or do you completely lose track of which band is which at points during this video? Doesn't help that he throws in Megadeth and Metallica as well.

Guns n Roses and Stevie Wonder -- Living for the Paradise City Once again, proof positive, that if you take Axl out of G&R and put in anything, even something that by al rights should not fit at all, it's going to be better than G&R.

The Bee Gees and Deep Purple -- You Should Be Smoking A slightly more straightforward mashup, but even after your initial laugh, you wonder if Deep Purple had embraced disco, they might not have had that dark period between 1975 and 1985. At the very least, disco might have benefitted from real keyboard and guitar solos.

Gloria Gaynor and Dio -- I Will Survive the Rainbow in the Dark Another one that think would never work. I mean Dio is not the duet type. Still, no only do the chord progressions work together, but even the lyrics make this kind of a twisted conversation.

Kiss and the B-52s -- Detroit Rock Lobster I ... I ... sorry, I can't stop laughing every time I see this. I know, it's stupid, but damn it's funny when you realize Fred Schneider and Paul Stanley obviously went to the same dance coach.

Wham and Slayer -- Careless in the Abyss What kind of a brain is a) familiar enough with both these songs to realize they fit together with very little trickery and b) actually takes the time to do it?! I will just sit here in awe and admire that brain.

Michael Jackson and Eric Clapton -- Billie Cocaine Then there are those times where you're frankly kinda sick of both overplayed songs, but when you hear them put together, you actually think the mashup is superior. Clapton went a lot of ways in his career, most of them were amazing. He never went full Quincy Jones R&B though.

Twisted Sister and The Clash -- I Wanna Rock the Casbah I gotta admit, this one we came up with in our heads, then Googled it. Proof that if you can dream it up, someone has already put it on the Internet somewhere ...

Yes and Santana -- Owner of a Como Va ... except there really aren't enough Yes mashups. I've got about ten in my head. Strangely enough, I had "Siberian Khatruby" (Yes and Fagen), I had "Southside of the Sky Pilot" (Yes and the Animals), I had "Roundaround" (Yes and Ratt). This one got past me, though.