All Ive Got Is a Beat Up Chair, a Mattress, a Fork, and Another to Spare 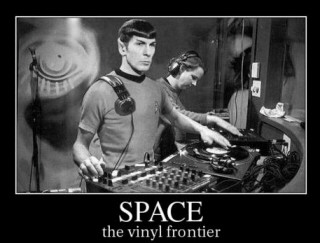 Have I publicly swooned over Brandon Cannon on here yet and how great it is to finally have someone around here that not only gets the importance of the written word when it comes to music, but also loves to write long, in-depth articles and blog posts  AND is really fucking awesome at it? Finally I'm starting to think that Indy In-Tune is about to start cruising on all cylinders to the point where it can finally start churning some sort of output without constantly being pushed by me and my up and down levels of enthusiasm for talking to myself, or at least myself and whomever the podcast guest is that week. It also has the effect of taking a lot of pressure off of me to write something relevant, poignant, or meaty for the blog readers, when really my best, most-productive output is going to be long-winded, random observations and rants of limited appeal to anyone who is not a severe music geek in the same frame of mind as I am. Let's face it, my writing voice is pretty much the same as my speaking voice, which is why I only infrequently blog on the site, and also why I really wasn't overly fond of my stint as a corporate ghost blogger when I had to write sterile posts on stuff I knew nothing about for no good reason other than the site needed a few more SEO keywords that week. So, that said, if you want the type of wordsmithing and substance that makes Rolling Stone look like Highlights magazine, then you'll need to stick with the articles that have Brandon's name in the by-line. If you've destroyed a significant portion of your brain cells, are drunk, or just like long-winded, fluffy rambling about what it's like to be me every day, then sit back, because I've got a few thousand words I'm about to spew forth into three or for posts real quick  which I then back-date bury behind Brandon's latest post of the week so nothing I write ever ends up as the featured post/latest news at the top of the list. Did you catch how I do that?

For example, today may be a red-letter day for me. I actually had a conversation about the current state of music industry where, for once, I wasn't the dinosaur in the room. This never happens. Even better, the person I was talking to  a local musician  couldn't have been more than a couple of years different from me in age. (We also discussed Judas Priest's 1984 tour, which we both saw as teenagers, if this gives you a clue.) The actual gist of the conversation revolved around the way we're consuming music these days. Ever the dinosaur, he still pines for the days of sitting around listening to vinyl while reading the liner notes off the jacket. Okay, I can understand this to a certain point. Vinyl does offer a superior richness of sound to digital, depending on the quality of your equipment. Liner notes, particularly on the old gatefold albums are works of art in parallel with the music itself (see also: Lamb Lies Down on Broadway). And, as he put it, the gatefold sleeves are perfect, to paraphrase him, for storage of recreational plant life  errr  I wouldn't know about that stuff.

I think the unspoken point we were coming to here is that music is an esoteric experience for us. I think we both agree that it is important to get the full, contextual vision of the artist  the album experience as it were  even if the individual tracks were not intended to be considered as part of a larger group, it's always fun to contrast different works by the same artists back to back. Really, though, I got a bit fed up with getting up and flipping the album every 20-25 minutes. Now, the personalization of vinyl is one of those nostalgic experiences that I don't think will ever be replaced. I have the auditory equivalent of a photographic memory. When I tie my shoes in the morning, I still hear my mother's voice and remember her exact words from decades ago when I first learned to tie them. I still have songs in my head that I don't know the names of, so I am ever on the lookout for the day when I encounter one, so I can whip out Shazam and fill that frustrating gap in my knowledge. And, yes, you can probably to this day put any one of my favorite vinyl records on, drop the needle, and in the two seconds leading up to the first note, I will be able to tell you exactly what album it is based on the rhythm of the pops and scratches on the leader (or the black hole as Bob and Doug would say). Best of all, there's a certain charm in knowing that I have the only copy of the Brownsville Station's Red Album with those particular pops, as well as the legendary skip at the start of the second verse of Mr. Johnson Sez. Even, years later, when I found a near perfect copy of the album on MP3 from a collector (it was never released on CD for some criminal reason), I still held on to the rip I made of my original scratchy vinyl  and secretly I prefer it sometimes.

So sure, there's nostalgia, but overall, music listening today is still magnitudes better than it was back in my childhood. I still listen to a LOT of radio, but now I'm absolutely global in my listening, and instead of scanning AM airwaves in the middle of the night trying to pick up a signal bouncing off the ionosphere from a few time zones to the west where the DJ's haven't signed off yet, I just flip to my presets from Moscow or Australia and listen to their morning zoo radio (though, yeah, I do sometimes miss the AM static the way I miss scratches on vinyl). I now add new discoveries I make during my radio listening instantly to my LastFM loves list, whereas back the dark ages, I had to carve the artists name in stone on a tablet, which usually took longer than the 3.5 minute length of the song. Consequently, many great song titles and artists were lost to me until the third or fourth play. And liner notes? Pshaw. Ever hear of Wikipedia or songfacts.com? These days I get volumes of liner notes, probably more than the artists want me to have when you think about it.

All of this pales in comparison to my discovery of Spotify Premium this week. How so, you may ask? Well, let's push that on to the next post, shall we?