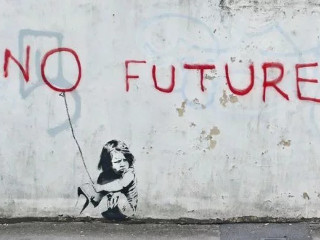 I do pride myself on liking a wide variety of music. While I probably don't listen as often as I should, punk is certainly one of those styles that I enjoy tremendously, especially live. Indy, obvioiusly has a thriving punk scene, courtesy of the nation's longest-running Punk Rock Night at the Melody Inn, and a legacy that includes local legends such as Dow Jones and the Industrials, The Gizmos, and The Zero Boys just to scratch the surface.

My own exposure to punk music (discounting that one weird guy who made us watch Rock and Roll High School back when it came out) was first from a friend in college who was a huge Ramones, Siouxie, and Gen X fan. Then the ex, who in addition to being a completist on the Ramones catalog, added the more modern Green Day, Ranid, and Offspring variety to the repitoire.

Personally, I always had a fasciantion for the old late 70's British stuff, as there seemed to be more of a common theme running through those bands, as opposed to the American bands who were just about being angry kids, it seemed. I must admit, though, there are a lot of dives into the Google (technically Yahoo! and Alta Vista back then) to unwind the lyrical references. I was sorely lapsing in my knowledge of borstals, Ulsters, and I'll even admit, I was a little unclear on what a bollocks was as a 20-something American. So, fire up Wikipedia and follow along with my quickie punk playlist. (I say quickie because I'm pretty sure you can get through these ten songs, start to finish, in about 20 minutes.)

Dead Kennedys -- Holiday in Cambodia Okay, so I went through about how I liked the British bands, and I open with a California band, but really, this is a killer intro for any punk album.

999 -- Homicide Betcha didn't think bowties and bright paisley clothes were punk, but it was '78 baby, that so-called "new wave" was still a couple years away.

Sham 69 -- Borstal Breakout Just to alleviate your suspense, a "borstal" is apparently the equivalent of our juvie hall.

Stiff Little Fingers -- Alternative Ulster I like this version. I'm sure the lyrics are helpful. Again, to save you a wiki search, "Ulster" refers to northern Ireland, which was a pretty rough area back when this song came out with the British Army trying to keep the peace, or invading depending on what side of the Protestant/Catholic schism you were on.

The Ruts -- Babylon's Burning I really wish I knew whether the popped collars and such (staples of 80's preppie here) were actual fashion then, or just because the band is playing BBC prime time here.

Bow Wow Wow -- Radio G String Another of Malcom McLaren's creations. Technically they're categorized "new wave," but they end up on so many punk collections, and the attitude is punk enough here, that I'll give them a pass.

X-Ray Specs -- Oh Bondage! Up Yours! Poly Styrene and the crew didn't actually chart with this one, but it's considered a classic. I just find the concept of "punk sax" to be kinda fun.

Chaos UK -- No Security Not the track I had actually chosen ("Fuck Religion, Fuck Politics, Fuck the Lot of You"), but I really wanted to include the visual element of this band, and this track is a close equivalent.

Peter and the Test Tube Babies -- Up Yer Bum Fun fact here, there's stall a version of this band (same guitarist and vocalst, new rhythm section) touring today. Unfortunately, they're not allowed in the US due to "unfortunate visa issues." Rumor has it this was due to a rather uncomplimentary impersonation of the President, but that's not official.