Dont Let the Moonshine Cry Up the Night 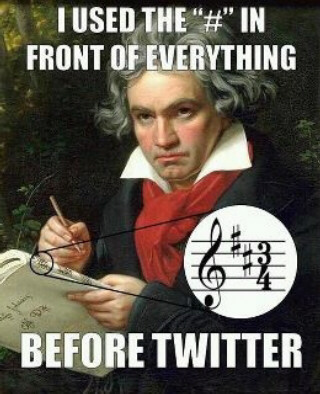 Obviously I am a voracious consumer of music, and for the past decade or so, it's been all about maintaining a constant stream of new music I've never heard before. While there are, and will always be, an elite order of artists and albums enshrined in my self-defining eternal playlist and brought out on a fairly regular basis, anymore I simply characterize music by the month and year I listened to it, and only rarely do I feel the need to go back to a song or album much beyond a 30-day window. Yes, I suppose I have finally become that disposable art listener that I used to rail against back in the 90's when it became obvious that no group would ever again have a successful third album, much less a boxed set retrospective of their 20-album career.

When asked in a Facebook thread recently, I decided all of my new music really boils down to three sources. First and foremost, I have a huge list of artists, songs, and albums stored in an Evernote file on my phone called Recommended Listening from Friends. This list represents the culmination of at least six or seven years (or however long I've owned smartphones) of people saying, Have you heard [insert artist or album here]? To which I must admit, if the artist isn't from Indianapolis and put said music out between mid-2005 and early-2011, I most certainly will not have not heard of it. At this point a note get appended to the list for the inevitable day when I would have time to purchase, download, or otherwise investigate said artists. I started this list in 2005. I'm still waiting for that day. The list is huge, to say the least.

The second source of new music are our fine local, independent record stores -- Luna, Vibes, and Indy CD and Vinyl -- which thankfully, are still run by music geeks who know more about current music than I do, and who are more than willing to talk about it at length to someone like me who nitpicks through qualifications like, I like so-and-so, who else would I like?  No, I've heard that, don't like the guitar tone, but the drum sound is cool. What else is there? Unfortunately, this limits me to only a couple of purchases on certain pay weeks, and does nothing for my 2 AM cravings.

The third source is a certain Mr. James Hamilton-Trewhitt of Barnard Castle, County Durham, England -- whom I affectionately refer to as my "musical Yoda." He is a fine disk jockey in the style of the 60's-70's American AM jocks (the kind that talk about music in between, and often in the middle of, records). His show, The Bandwagon, on Radio Teesdale features the latest and greatest in pop, dubstep, and even some harder rock on occasion. You can check him out on Wednesday afternoons at 2PM EST. Send him a tweet or a Facebook message and tell him I referred you. Do it quickly though, he's apparently graduating and moving on this fall, which means I have no idea where I'm going to take my musical cues from after that.

Now, I've recently jumped on the Spotify bandwagon, which despite some pretty severe limitations, still has its uses. First off, I just purchased the premium subscription so that I can enjoy it on my phone and tablet. You have no idea how long it takes to prepare, locate, and upload a 50-song playlist out of a 1-terrabyte mp3 collection. These things are very scientific, and take time and careful consideration  see the movie High Fidelity. Now, mercifully, the library goes with me and I can constantly be tweaking it throughout the day as new ideas crop into my head. Yes, it's very annoying there is no Pink Floyd, Beatles, Black Sabbath, local music, obscure music, etc. So it will never be a catch-all solution, and Spotify's version of you may also like doesn't actually explain its less-than stellar reasoning the way Pandora's also less-than-stellar algorithm does. Although, who knew I really like songs with descending chromatic chord progressions? Well  I do now, thanks to Pandora. However, that's pretty much all Pandora has going for it. I mean, at least Spotify will actually let me skip songs I am sick of hearing, and I can stop the shuffle and play entire albums if I find a track/artist I really like and want to explore.

Frankly, somebody needs to write a book of cool things you can do with Spotify, because I'm sure there are tons of features in here that I don't know about. The first thing I did was take that Recommended Listening from Friends playlist, looked up every artist and album on there, and added them to a Spotify playlist  which I can then ignore for ANOTHER eight years. (Actually, no. I did run through a few. Some of them were actually worthwhile suggestions.) Then of course I made obligatory artist playlists out of (what limited selections they had of) that eternal list of favorite artists. Finally, I made a few catch-all genre playlists where I can now add individual tracks I discover while listening to the radio or from watching that real-time list of what my friends are listening to. By the way  Am I alone in finding this feature very creepy  do I really want people to know how often I listen to Tales from Topographic Oceans in a typical day? I wig out a little when someone gives me a like on Facebook for listening to a particular track or artist, particularly because I forget people can see me doing that. I feel like I have to explain myself with a big lengthy explanation every time that happens. Also, my life is not in any way enriched by knowing my friend Heather is sitting around on her couch (no dobut in her underwear eating a pint of cookie dough ice cream) at 3:00AM listening to the new Daft Punk song over and over again. It's one of those things that makes face-to-face conversations really awkward the next day when you're trying hard NOT to sing, Get Lucky in front of her and thus betraying your voyeuristic nature.

With a couple more features, though, Spotify could be my pick for killer app  and we can discuss those next time