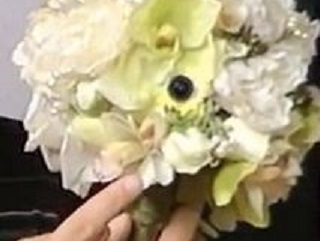 I don't look at the logs very often. I usually find it somewhat depressing. On one hand, several radio personalities I know think it would be very cool to have a radio station format where you personally know all of the artists you play on a daily basis, and can call them up any time you're on the air to get the latest scoop on what they're doing, or invite them over for beers and a live studio performance. Imagine the power you would have and the salary you could command if it was The Stones, instead of Five 'Til Dawn -- though really, I'd rather hang out with the latter anyway.

For the most part, I'm guessing 75% of my listeners are those same artists, and thanks to that Computer Science degree and master-level certificate in Networking Essentials and some deductive skills, I've managed to tie the majority of machine addresses in my log files back to individuals. Sometimes there's one that surprises me though. Like IP address 207.244.xxx.xxx, which would appear to belong to a florist's shop in Manassas, Virginia.  (IP address and domain name intentionally withheld to avoid unintended embarrassment -- but I know who you are, nudge nudge, wink wink, say no more.)

While it's not unusual to have out-of-town listeners -- we've got a substantial following in England and Germany for example -- what's unusual is that this shop appears to be my top listener, logging over 500 hours listening last month alone. So hey, guys.  Welcome to the party!  Now, uh, what's the deal? Is there an Indianapolis expat ruling the shrubbery? Does the music of Jenn Cristy make the orchids bloom a darker shade of blue? Is your seemingly-innocent flower shop a secret front for a covert RIAA's listening station, and you are just waiting for me to slip up and accidentally hum a Katie Perry song on air so you can descend from your black helicopters in full riot gear and seize Studio B?

Things like this, along with copious amounts of genmaicha keep me up at night.

Meanwhile, those who follow the rest of the social media stream know that this weekend is our Fall Radiothon at Sabbatical. Depending on which of our meteorologists you believe, it's either going to be 53 and rainy, or 63 and sunny. We're hoping for good weather, otherwise it's going to get a little cramped inside with one side of the venue being taken up by bands and their gear; the other side by podcaster and radio folks and their gear. Regardless, our friends at Shine Indy have put together a lineup of something like 15 artists, culminating with the live broadcast and recording of a live Bashiri Asad album. How cool is that!? Consult the event page (and confirm you're going) for a full set of details.

For our part, we're asking any and all artists, whether you're on the bill or not, to bring your demos and sign up to get your music played on Indy In-Tune. We'll be grabbing as many of you as we can to do quick on-air spots and play your music right there on the spot. We may even have a contest for best submission of the day or something as determined by a vote of the listening to audience. On the other hand, this is just me spitballing ideas on the blog, so we may do something else completely. Honestly, none of this would be any fun if it was scripted and planned. I much prefer the thrill of randomness and potential chaos.